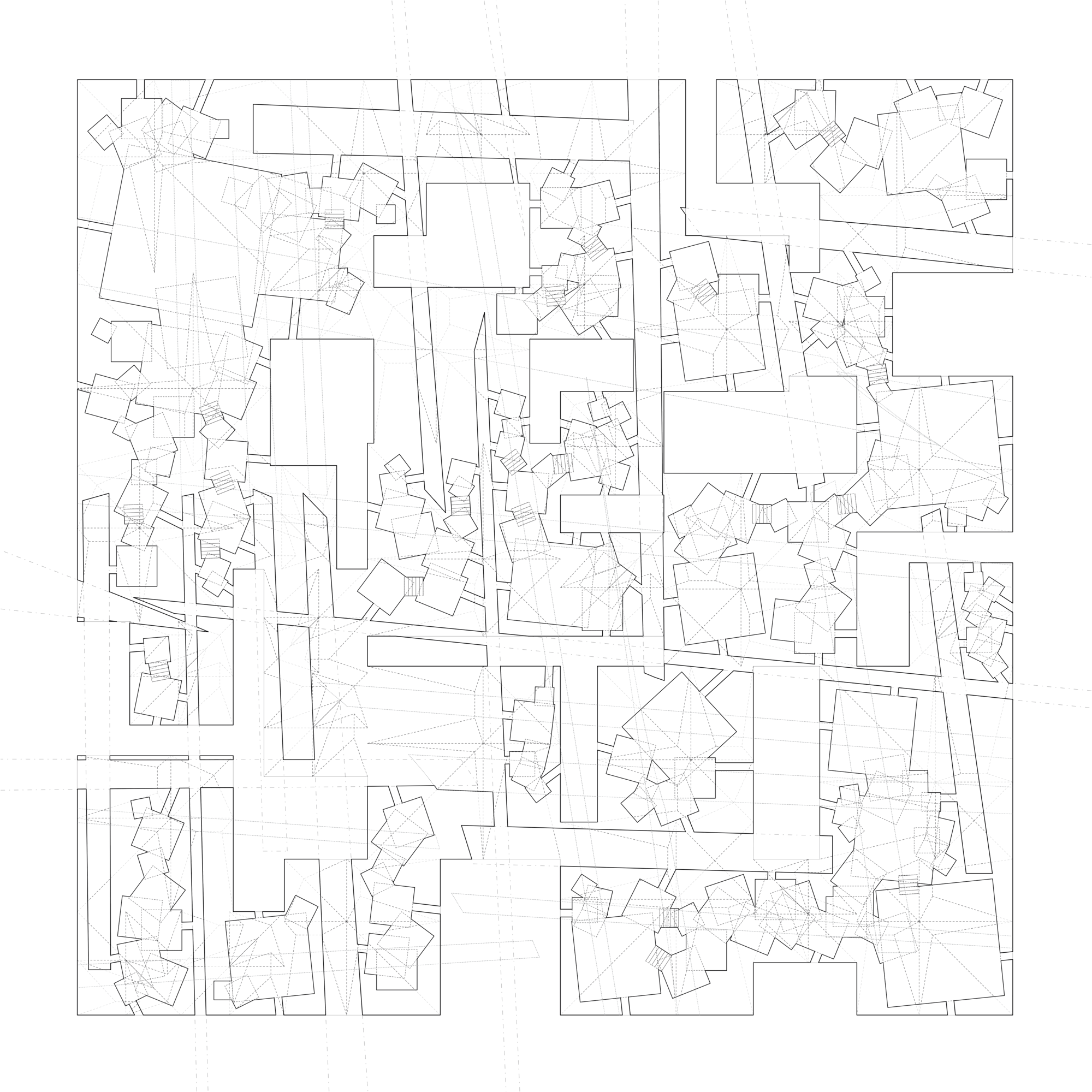 Somewhere between the stereotomic masonry of classical architecture and the logic of the “service cavity” of the modern plenum is a different conception of solidity in which the whole casuistry of modern comfort is deliberately destabilized by the energy storage capacity of thermal mass.

When brought into conversation with sunlight and air, thermal mass erases program sovereignty by tying existence to the dynamism of ever-changing interior thermal properties, which always lag behind exterior conditions. Raumplan replaces the floor plan. Volume replaces space. Thermal vacillation replaces mechanical ventilation. The radically variable wall thickness replaces the standardized widths. Life finds itself in the midst of less rigid, less static considerations. It becomes less exact, more approximate. Catharsis and punctuated equilibrium serve as anchors. Comfort comes in waves, and is made more overwhelming by its regular absence. Ambiguities of temperature and temperament are given free rein, replacing the immobility of thermo-programmed lives. The architecture is moved towards a dense field of cyclical realities: diurnal, seasonal, emotional, nutritional, recreational, physiological, respiratory, perspiration. Modernity still demands contempt for all these “little things”.

Temperament becomes again an experimental arena, where deliberate physiognomic explorations of counter-cultural habits unmask the banalities and false exactitudes of psychrometric logic. No more floors, corridors or efficient circulation patterns. No more â€œroom schedulesâ€ or lifestyles based on amenities. No more thermal insulation or total control of the environment. In place of all these formulas, there arises a knowingly unstable atavism – the character interior – which basically poses on a proto-architectural register almost formally autonomous, a philosophy of interiority which finally decouples life from the anesthetic regularity of mechanical thermostasis.

The concept of an energetically unprogrammed architecture is emerging, based on active bodies living amid active surfaces in a deregulated interior, where life springs into various spaces at various times – never settling permanently in one place – merging for the duration of a saturnalia show, later dissipating into the intimacy of solitude. Architecture as a platform for the exercise of new habits and new temperaments, and everyday life as a lived search for well-being and self-care.

A ray of sunshine falls on life. The physiognomic cults – solar cults of shade and perfect light, cults of moving heat and coolness – take the place of the so-called modern culture, because this culture is no longer worth preserving. A voluntary way of life develops, a life in the sun and the moon and in the high mountains. A harshness towards oneself and a search for all that is strange and questionable in existence.

The benefits of borrowing money without any credit checks

The 4 interior architecture trends to know for 2021