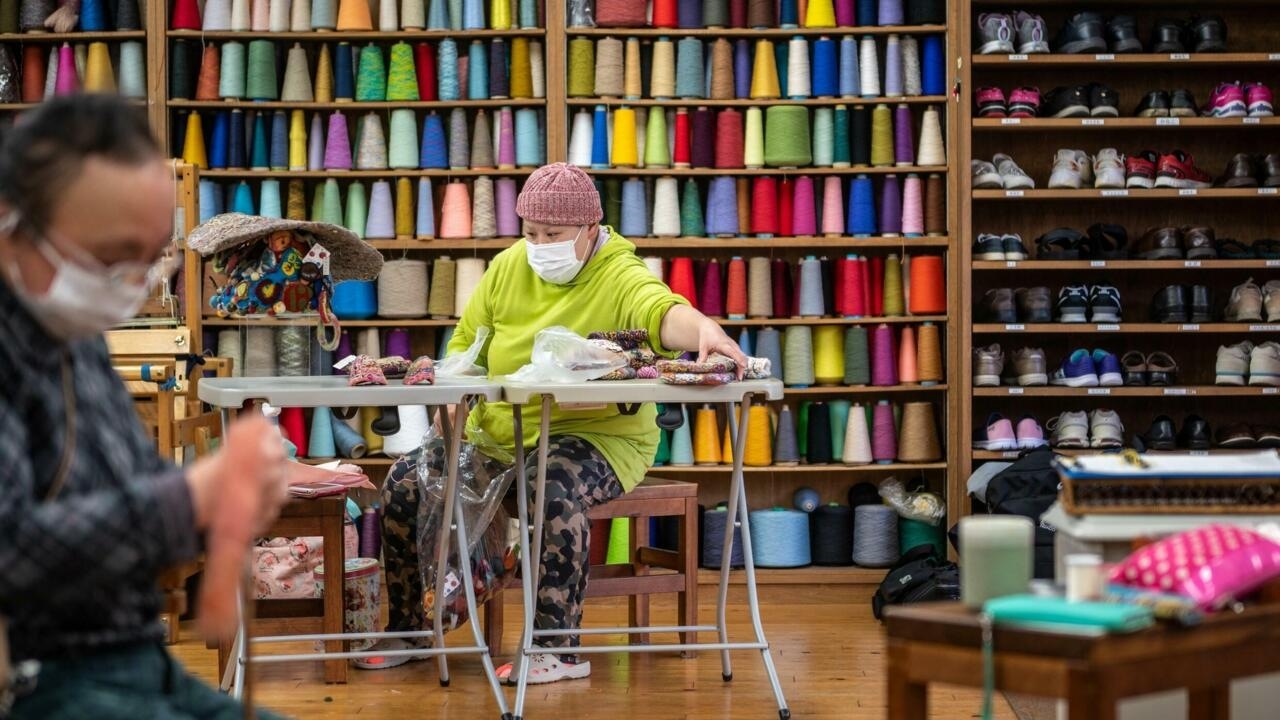 Tokyo (AFP) – In a trendy Tokyo neighborhood, customers browse the wares of Majerca, a shop filled with handmade items from scarves to glassware, all produced by people with disabilities.

The shop and workshops where the items were produced are part of a small but nascent movement in Japan to promote work for people with disabilities.

Despite being the only country to host the Paralympic Games twice and the government’s public commitment to including people with disabilities, activists and experts say workplaces in Japan are rarely accessible to them.

In fact, state grants for people with disabilities have generally been understood to mean that recipients will simply stay at home, and campaigners say there is little support for those seeking active employment.

It’s a huge loss for the company, according to Miho Hattori, who works with some of the producers at a workshop that supplies Majerca.

“Some workers here have a career of more than 30 years, and they have so much experience that they should be called craftsmen,” Hattori told AFP.

Twenty employees with various intellectual disabilities work on the site.

In one area, men strain pulp and press paper to make cards, while elsewhere a woman spins yarn from raw wool and others manage a wooden weaver who unrolls beautiful fabrics.

“I make the fabric for the stoles, using wool for the weft and cotton for the warp,” Ayame Kawasaki, 28, with Down syndrome, told AFP.

The workshop sells bags and stoles to boutiques and galleries, with items costing several thousand yen. After costs, each worker can expect to bring in around 15,000 yen ($130) a month, an amount Hattori describes as “heartbreaking”.

It is not the main source of income for workers, who are entitled to government assistance, and the figure matches the national average for people with mental disabilities, according to the Ministry of Social Affairs.

“Their work and their products are so valuable yet they remain invisible,” said Mitsuhiro Fujimoto, founder of Majerca, which is operated by five able-bodied employees.

Fujimoto was inspired to launch the store after purchasing wooden toys that he later discovered were made by workers with developmental disabilities.

Majerca redistributes about 60-70% of product revenue to producers and Fujimoto says it encourages artisans to value their work and demand fair wages, not just charity.

“Sometimes I raised the price more than five times on something that was only priced at 500 yen,” he told AFP.

Fashion house Heralbony, which produces high-end items in collaboration with around 150 designers with intellectual disabilities, also sets the price of its products at a level it says reflects the work of its employees.

He curated pop-up boutiques in glitzy department stores, showcasing his colorful clothes alongside products from major manufacturers such as Hermès and Louis Vuitton.

It offers ties for 24,200 yen and blouses for more than that, which spokeswoman Miu Nakatsuka says is reasonably priced.

“In the welfare sector in Japan, there has long been a kind of hesitation suggesting that people on public welfare are not supposed to earn money,” she told the newspaper. AFP.

Heralbony says its workers receive a license fee of at least five percent of an item’s price, and sometimes 10 to 30 percent, exceeding the local industry average of three percent.

“In Japan, a disabled worker is not allowed to use his state-funded assistant to move around or in a workplace,” said Masashi Hojo, director of a welfare workshop association in Japan. Tokyo.

The situation was highlighted in 2019 when two severely disabled candidates won seats in Japan’s upper house.

Their assistants are paid by the upper house, but lawmakers want the rules changed to help the other 11,500 severely disabled people who rely on public care.

Despite the obstacles for workers, Heralbony, which was founded three years ago, is profitable.

The company plans to expand into interior and furniture items this year.

“By visiting Majerca, I hope people will see what they are doing and what they can do, and start to wonder if they are being treated fairly,” he said.