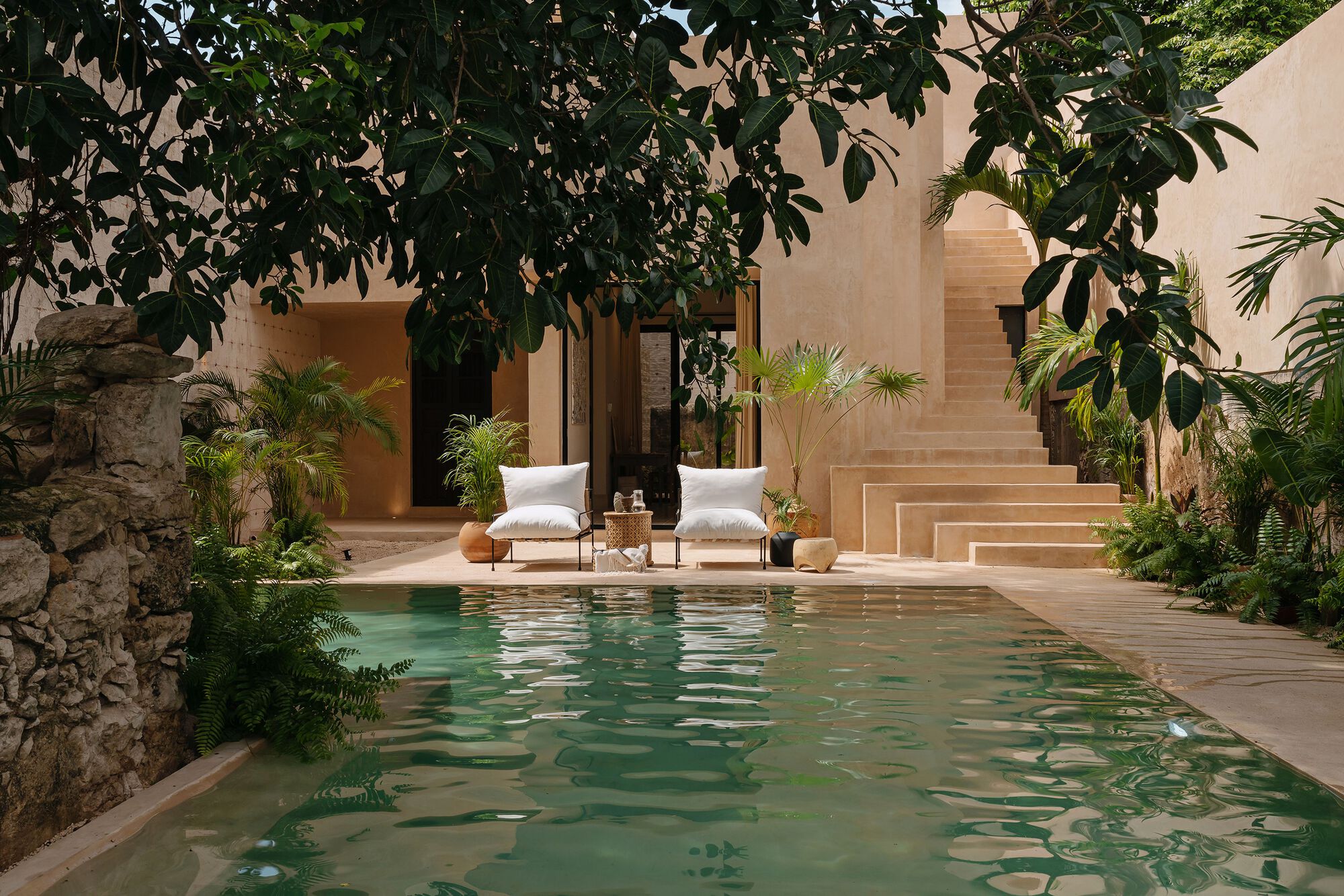 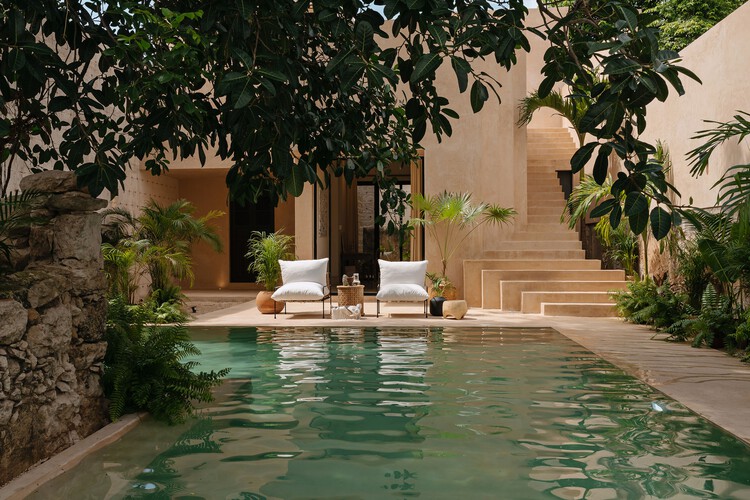 Text description provided by the architects. Casa Houlpoch is an old Yucatecan house from the end of the last century which takes its name from a local snake that regularly “visited” the ruins of the property. The pastel-toned bedroom has modern, relaxed furnishings, incorporating greenery and artwork, like a playful Timoteo on the center table and a Pedro Friedeberg painting on the sofa, crowning the space. The kitchen, with clay and quartz coatings, has a reinterpretation of the ancient Yucatan bells on the stove. The pendant lights harmonize the space and fit into the wooden furniture such as the tzalam benches and the dining room, which were brought back from Mozambique, the country where the Dutch owners lived before settling in the Yucatan peninsula. .

The dining room is connected to the terrace by a window, generating a feeling of space and clarity where the visuals escape to the outside. It is in this last space that through the decoration and the furniture converge the three cultures with which the owners identify themselves, the table, its centerpiece and the drum, were brought back from Mozambique, as well as the patterns on fabric. which surround two Utrecht chairs. by Dutch designer and architect Gerrit Rietvelt. On the sofa rests a painting by Mexican artist Fernando Andriacci and on the opposite side there is a cow’s head adorned with pearls of Huichol art and just below a traditional Dutch bicycle in the colors of the Prinsenvlag.

In the central courtyard, a chukum swimming pool surrounds the stone remains of an old colonial structure where a large poplar generates a spectacular play of shadow and light with its sling, creating the perfect atmosphere to host an outdoor kitchen. The volumetry of the rear of the property reads as a totally disruptive design compared to the historic part of the residence where the steps leading to the second level (where there are two bedrooms and a terrace) serve as a visual axis and element. sculptural, becoming the hallmark of its architecture for its dynamism. The “winding” with which the stairs of the Houlpoch house begin is inspired by the thousand-year-old staircase of the ancient temple of KukulkÃ¡n (feathered serpent and god in Mayan mythology) in ChichÃ©n ItzÃ¡.

Much simpler in design, the master bedroom on the first level features a pasta tile headboard on which rests a Neon Caron painting. The visuals from the bed escape to an interior garden, the swimming pool and the tropical gardens. At Houlpoch House, we seek to respect and save the historic values â€‹â€‹of Yucatan colonial architecture, combining them with contemporary details and volumes; and with the comforts of today’s life, in a reinterpretative, pure and sober way, creating different atmospheres to relax, live together and enjoy the outdoors in the warm climate of the peninsula.