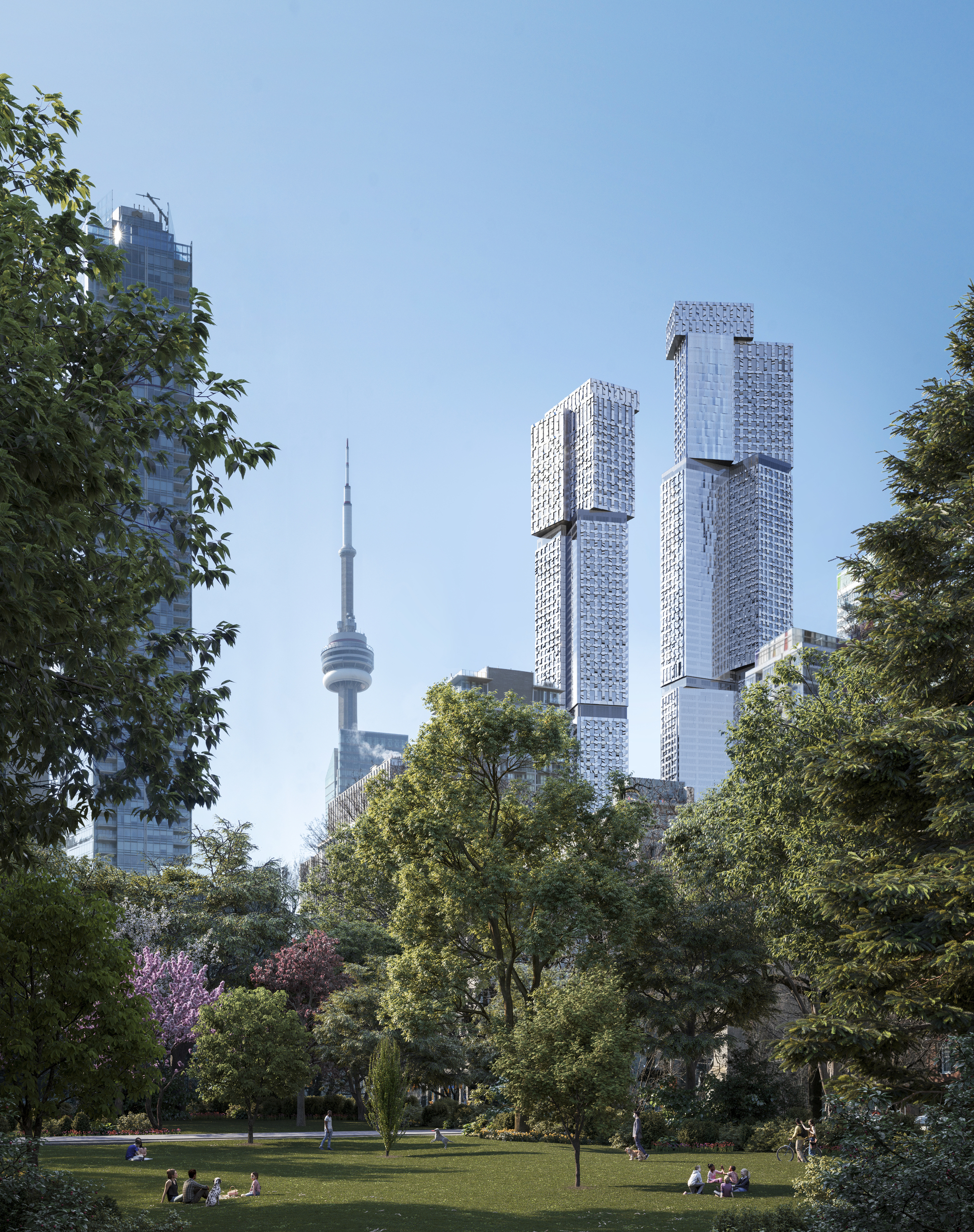 Great Gulf Group, Dream and Westdale Properties have unveiled renderings of Frank Gehry’s latest architecture in Toronto, Canada. Ready to leave a mark on the city skyline, Formthe architect’s first residential tower in Canada and his tallest building to date stands at 73 stories and features a carefully Gehry-designed lobby as well as a striking custom art installation that reflects his visionary approach , as well as interiors by international design studio Paolo Ferrari. 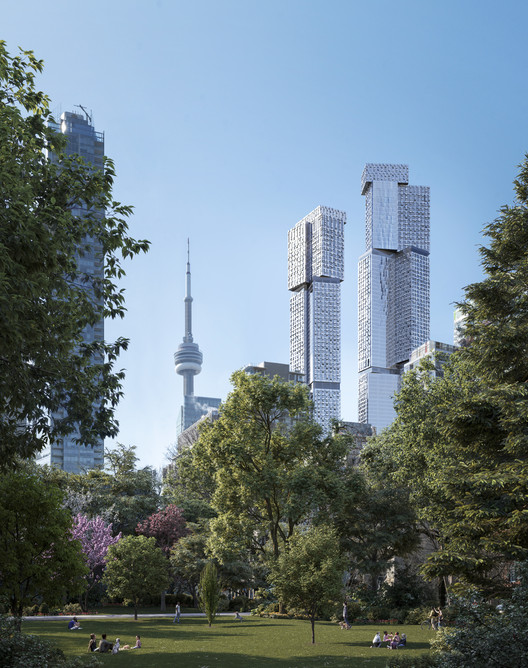 Forma’s design will define urban space along King Street and Duncan Street in Toronto, creating new visual dynamism and movement toward the horizon. The relationship between the surrounding building volumes, as well as the void between the towers, changes as viewers move through the site, creating an effect that is further amplified by the choice of materials and the geometries of the facade. The resulting visual fluidity becomes even more dynamic throughout the day thanks to the reflection of the sun on the metal.

Since the architect was born in Toronto, it was important that Forma’s design honor some of the buildings that were important to him growing up, such as Old City Hall, where the architectural definition and texture of the sandstone helped create an air of seriousness. This inspired the design of the facade as well as that of the lobby, inspired by the Group of Seven and the links between the natural landscape and the Canadian identity.

I’m a Toronto traditionalist, as I remember Osgoode Hall, University Avenue, the Parliament Buildings and the Royal York Hotel. There’s a feeling of Toronto that I had as a kid, and I wanted that to be in the DNA of our design. Every city in the world has its own light, and the light is changed by the buildings in the city. I wanted this building to capture the essence of Toronto. It’s not like anywhere else. The light is different. Heritage is different. It’s a different place. I hope that’s what people see when they look up. — Frank Gehry, Gehry Partners LLP

The choice of materials in the East Tower lobby provides a counterpoint to the tower’s stainless steel with bentwood furniture and details, complemented by limestone cladding on the walls and floor. The ceiling is dominated by a sculptural installation designed by Gehry’s design team, featuring a shimmering pattern of maple leaves that can be seen from the street. Following the same vocabulary of the facade, alternating skylights of stainless steel and glass wrap the corners of the two towers at street level, maximizing the public realm with an active street facade by providing cover for potential future commercial tenants.

The rest of the interior spaces were designed by Studio Paolo Ferrari, which delivered designs that served as a metaphor for the city. The interiors strike a balance between exuberant and serene spaces. The amenity spaces throughout the tower emphasize the importance of a user-centric approach, reflecting how future residents will experience and use the spaces. Rather than concentrating amenities in one area of ​​the building, spaces have been grouped by theme and strategically located throughout, providing more intimate and accessible spaces. Reception and entertainment equipment are grouped together in the Grand Suite on the 73rd floor, enjoying a panoramic view. The Grand Suite features a chef’s kitchen, adjoining entertainment rooms and an intimate theater.

The Creator’s Club offers a multifunctional coworking space, which transitions from private and semi-private spaces to more open spaces for work and collaboration. An adjoining Maker’s Studio provides space for hands-on tasks, crafts and hobbies, while the soundproof recording studio allows content creators to record podcasts or work on social media videos and more. creations. The health and wellness retreat includes a spa, hot gray stone jacuzzi and sauna, which complement a warm and lively fitness studio with the latest equipment, including a dedicated spin room.

Renovation of the Month: Easy Interior Design Updates for Your Reston Home