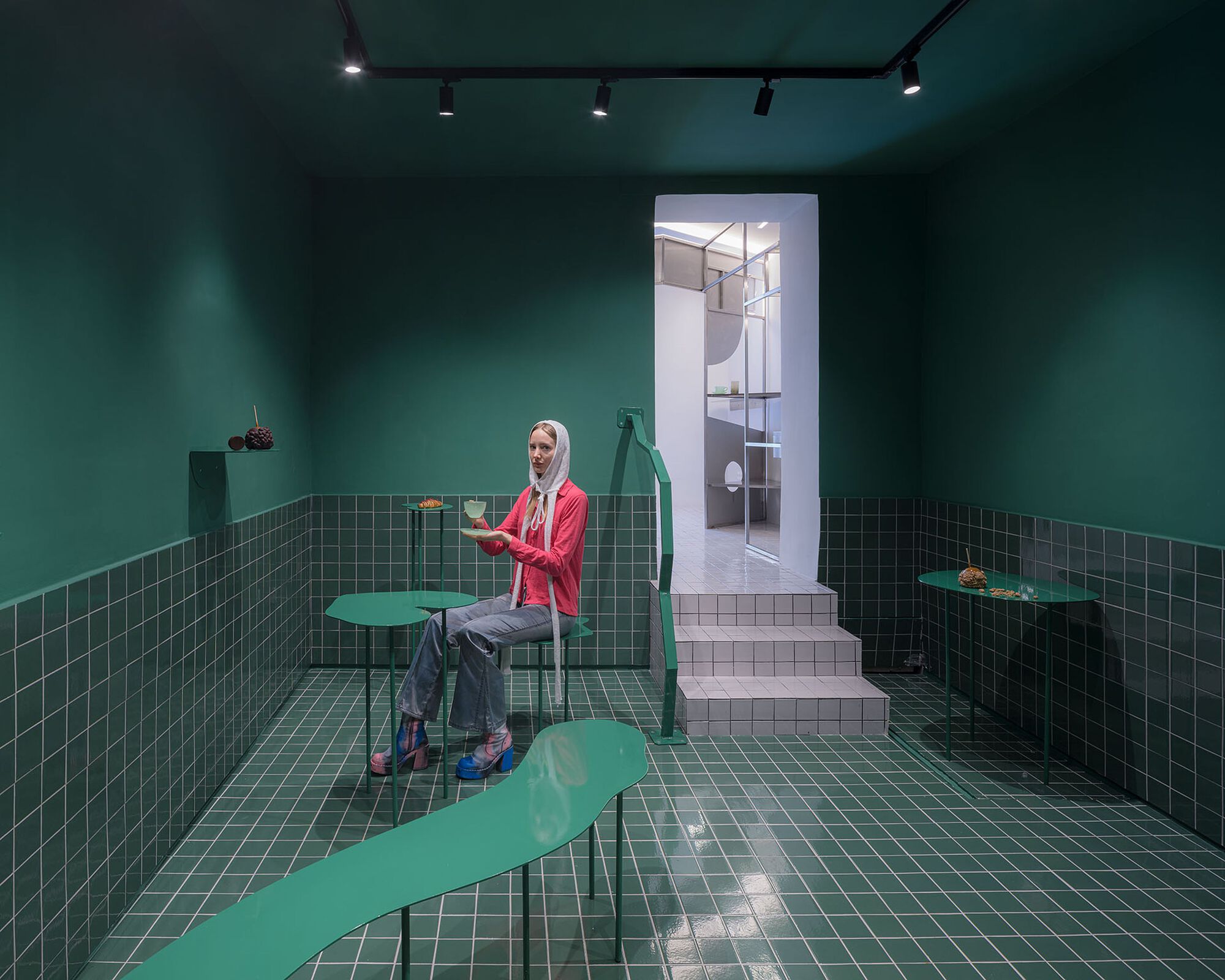 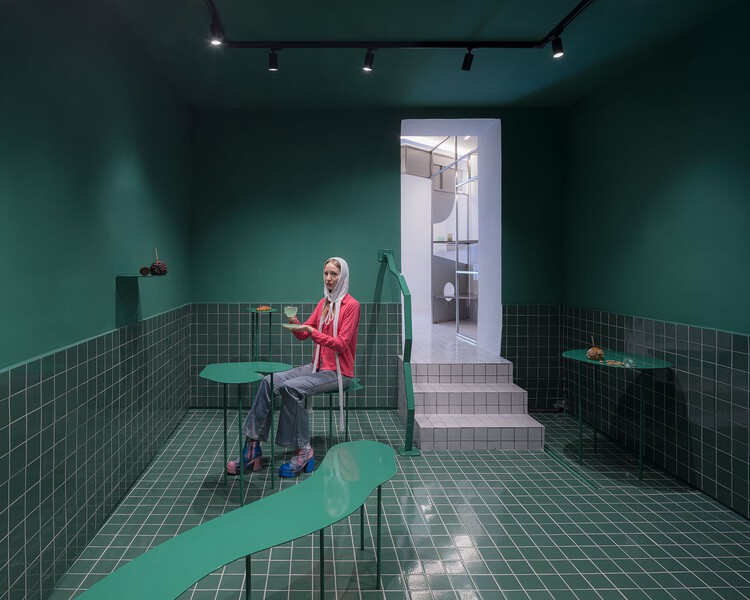 Text description provided by the architects. At 20 Trafalgar Street, near Plaza de Olavide, in the Chamberí district of Madrid, is this small specialty pastry shop. The architectural project works with two opposing spatial operations that we have called systole and diastole, which face and confront each other. The first space is white, small and contracted, consisting of an equipped piece of furniture that receives visitors and meets all the needs of customers. This artifact bends and takes multiple forms. You could say it’s a counter, but it’s also a bar, a warehouse, a refrigerator, an oven, a cash register, a shelf, a trash can, a coffee maker, a grinder and a sink. This space is so small that it becomes a kind of interior facade that invites itself and flows into the neighboring room.

Then the surprise appears: the second space -ample- which relaxes and expands. Here the color appears to create its own universe of caramelized forms, pieces of furniture that unfold again in the space, giving it various functions, such as an exhibition, a seat or a table. The shapes float in this monochrome space, like soft brushstrokes that emerge between the two voids (above and below) of different materiality. Immersed in this sea of ​​green tiles, a red dot attracts our attention: the transparent window through which we observe the know-how that our customers carry out in their daily tasks in the kitchen.

Color and materiality are the main protagonists of the overall composition of the project. Red opens the cake door and closes it for us between the ovens. Tiling connects our spaces. The surface glosses create a visual homogeneity capable of understanding the whole as one, despite the distance of shapes and colors between the pieces. Cara Mela is an experiment that offers a vision of Retail adapted to its current needs: a Take-Away architecture for hybrid consumption between digital and presence.