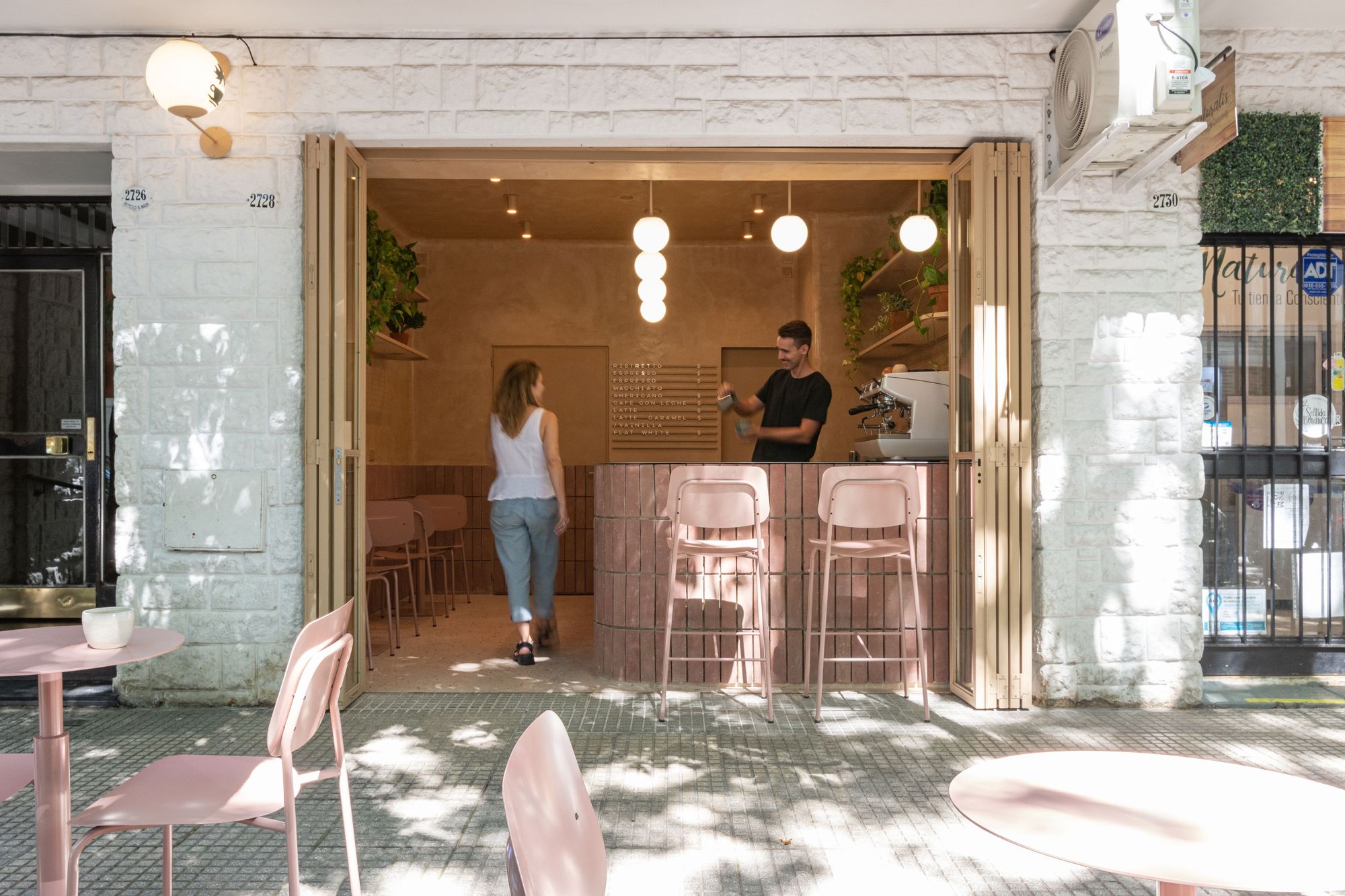 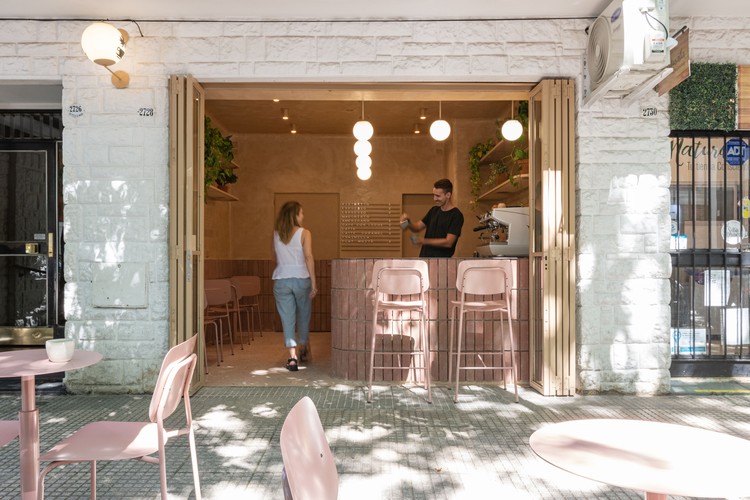 Text description provided by the architects. Rómulo is a cafe located in the heart of the Coghlan neighborhood, near its train station, in the city of Buenos Aires. From the start of the design phase, it was considered a space to be frequented by its owner, who sought to generate a warm and pleasant place, close to the daily welcome and companion of the neighbors, bringing the nuances of coffee aroma closer to the neighborhood sidewalk.

The place was then thought of as a continuity of the sidewalk, generating a system of enclosure that allows the opening over the entire width of the square, blurring the limits between the user and the interior of the café. The possibility of dematerializing this limit on the municipal line has made it possible to set up the direct customer service bar on the sidewalk. In this way it is possible to blur the apparent boundary and involve the sidewalk directly with the café, transforming the interior space into an annex to the public road.

The visual identity of the project is born from the conjunction of textures from the very nature of coffee and the image of brick, a constructive element of great presence in the buildings of the district. The color palette and materials used, derived from the texture of coffee and earth, manage to generate a warm public space with strong neighborhood affiliation. The stainless steel counter is present in contrast to the organic, textured and imperfect origin of the brick bar, generating a hygienic serving surface for customer service.

Another element of the neighborhood present in Rómulo Café, in addition to the name of the street where it is located (Dr. Rómulo Naón), is the banana leaf, a typical tree of the region that dyes the sidewalks green and yellow in autumn. . . This leaf is present in the logo in addition to bringing the green color which contrasts with the terracotta and almond tones of the places. The signage on the wall, glass and sphere on the outside, was made using a traditional technique by hand, to preserve the essence of the businesses in the area.

The fence system designed for Rómulo Café de Barrio, consisting of eight connected sliding panels, gives it the versatility of relating directly to the sidewalk, as well as the possibility of adapting to the different climatic seasons of the year, generating a space that can be heated, without losing its close connection with the outside world.

There are mainly 3 alternative positions and those that can arise from their combinations and uses. The folding carpentry allows the total opening, as well as the complete closing, to be able to condition its interior, without losing the connection with the pavement because it is materialized in glass. When closed, two of the eight panels are connected to generate the access door to the premises, and on the position of the bar, two modules have been adapted with windows for customer service. In this way, the place always retains its essence of outdoor space.

Finally, the contemporary furniture chosen with simple lines maintains the color palette, blending with warm tones, and accompanies the flexibility of use and distribution of the indoor/outdoor public space.

I’m an interior designer – the placement of your furniture matters more than you think, here’s how to get it right